Season 34 of the Real World: Launch Date and More

‘The Real World,’ a popular MTV show, is now available on Facebook Watch. It ran on MTV from 1992 to 2017 and was inspired by the 1973 PBS docu-series ‘An American Family.‘ It is one of the pioneering titles that lead to the development of the present reality TV genre and is branded as MTV’s longest-running show. The format consists of seven to eight young adults being placed in a home and taping their daily routines.

‘The Real World,’ a highly praised series, addresses delicate problems relating to modern young adulthood while exposing contentious subjects such as sex and sexuality, discrimination, religion, abortion, illnesses (including AIDS), dying, government, and drug misuse. It spawned several spin-offs, the most noteworthy of which were ‘Road Rules’ and ‘The Challenge.’

Related- Mob Psycho 100 Season 3: the Anime With a Very Powerful MC Is Finally Coming With a New Season!

Season 33 of ‘The Real World’ included seven young, 20-something guys and ladies, each with a unique background and tale to share. Meagan Melancon from Los Angeles, Dondre Randolph from Texas, Clint Wright from Michigan, Justin Blu from Georgia, Yasmin Almokhamad (half Armenian, half Syrian), Tovah Marx from Arizona, and Arely Avitua were among the cast members.
Season 34 will include a new cast of characters from various backgrounds.

Related- Rocket League Season 7: the Shiny and Glittery Cars Are Finally Ready to Play the Battle of Football Within Those Video Game Consoles!

‘The Real World’ follows the lives of a group of strangers who live together in the same house for many months after passing the auditions. The candidates are picked to represent a diverse range of ethnicities, genders, sexual orientations and experiences, religious and political opinions, and so on. Each season is set in a new location, with cameras capturing their interpersonal ties.

The season opens by following each person as he or she goes home to meet his or her new roommates. They subsequently arrive to a completely equipped, lavish mansion. Members may communicate with their friends and family using a single phone and a shared computer. They are not permitted to use cell phones to communicate. Installed cameras record the occupants’ daily activities.

Every participant is interviewed on the previous week’s activities at the end of each week, when he or she recalls his or her experiences, offers opinions, and provides first-hand accounts of the numerous events. The show chronicles the roommates attempts to obtain new employment, participate in group activities, interact in the city, travel on vacation, start a company, and participate in other activities.

The roommates must adhere to specific guidelines. They are not allowed to use physical force. If they do, they may be ejected or asked to stay, depending on the other participants’ decisions. Furthermore, cast members are subjected to random drug testing, and anyone found to be guilty is instantly expelled. Later episodes have the exes and competitors of the roommates coming in, with the purpose of forcing the housemates to confront previous pain and face obstacles. 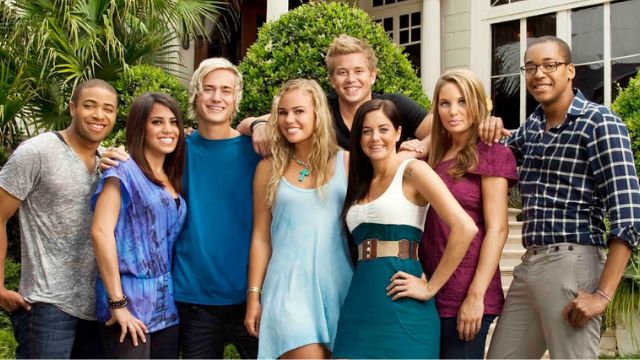 Season 33 is based in Atlanta and seeks to mix social media participation and digital distribution in order to focus on social, political, and cultural issues. The Real World’s new home, Facebook Watch, is a perfect venue for series like The Real World. If you didn’t already know, when the show initially aired in 1992, it created an open platform where people could freely discuss issues including HIV/AIDS, mental health, drug addiction, racism, and others. And, with everything going on right now, the creators believed it was the ideal moment to reflect on these topics, which had been brought to the forefront by housemates with varying perspectives and histories.
Season 34 will be relocated to a new city, with a new cast of candidates.

When Will It Be Released?

Season 33 of ‘The Real World’ started on Facebook Watch on June 13, 2019 and concluded on August 15, 2019.
Facebook has yet to make an announcement regarding the upcoming season. However, bear in mind that Facebook attracts over 50 million individuals every month who watch at least one minute of video on the channel. With an estimated 1.47 billion daily active users, this has enormous potential. As a result, we are optimistic that the programme will be revived. If it happens, ‘The Real World’ Season 34 might broadcast in June 2020.

Teaser for The Real World

While we wait for an update on Season 34, you may refresh your memory with the Season 33 trailer. Additionally, you can visit their official website to catch up on all of their prior episodes, bonuses, sneak peeks, and highlights – not to mention viewer comments and connections!

Also Read- Troppo Season 2: Will There Be Another Season to the Queensland Detective Drama?

How many editions of Real World are in the cast?

How many cast members are there in real world Ex-Plosion?

The cast of Real World: Ex-Plosion consisted of 12 people. Exes are mentioned with their matching original cast member and were not replacements, but rather additional housemates. Dylan was added mid-season as a surprise cast member who became a roommate after completing the Survive task.

Season 33 is based in Atlanta and seeks to mix social media participation and digital distribution in order to focus on social, political, and cultural issues. The Real World’s new home, Facebook Watch, is a perfect venue for series like The Real World.

We will update this area when we learn more.

Season 3 of the Way of the Househusband: An Animated Series Coming Out Soon! Soon!

The Kissing Booth 4 Release Date: Is It Happening or Canceled?